Well it’s been another crap year for getting the retsoration projects completed and just riding the zzr1400.

Decide to clean out some of the collection so I have sold the ELR, the new z900 and the z650.

Its been an eventful 2017. First I purchased a zzr110 that only lasted 4 weeks as I part exchanged it for a new zzr1440 Performance Sport edition. Second I sold the two BSA tracker projects as I was never going to get to them. Third I sorted out a new lock up and have some room in the garage, but not enough :).

Spent a lot of the summer riding rather than restoring so didn’t make as much progress on the projects (z1R and Tigress Scooter) as I hoped, but that’s what the winter is for!

Well it’s been a couple of busy months. Purchased by first hardtail bike as a project and was planning on doing that once the z1R was complete…

However, a friend of my wife asked if I would restore his Triumph Tigress Scooter, couldn’t resist, so I have another little project to do. Its all there, but given the last time it was on the road according to the tax disc was 1976…Should be fun….

Didn’t get as many miles in as i wanted on the z500, but spent some good time in the garage with the z1r and the ELR.

ELR is done, just a small matter of a new engine from Ray Debben to collect and install.

Bring on the winter 🙂

Decided on a separate page as a blog to keep the updates in one place…..

The z500 is all cleaned, polished and ready for the summer.

Here’s what the old girl looks like these days. 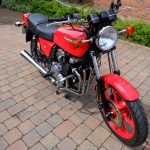 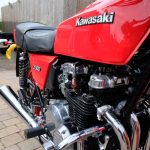 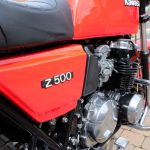 This will be the main ride during the summer of 2016.

The S3A is coming along, but I am eager to start on the z1r….such a shame we have to go to work!!

Well that’s another year come and gone, no where enough miles done on the bike(s), work made sure of that!

Sold the z1000 sx back to Cradley as I need the space in the garage, I don’t have enough space to work at the moment. May look at a lock up in the spring that has easy access so I can store the completed projects offsite.

Will set about updating all of the rebuild pages this year so that all of the latest pictures are there.

So far so good…The z500 is on the road and fully legal and really enjoying the old girl…brings back so many memories.

The DT175 is all sorted and MOT’d…Just need to get it registered with the DVLA, hopefully will be able to get an age related plate.

The ELR is almost there and this is where i have spent most of my time this year so far. Not sure I will get it all done for a ride this year.. But I will be trying.

Started the strip down of the blown GPz1100 engine that came with the bike, my god its a mess…Another challenge for me….

See the restoration pages for the detail…..

Well 2014 came and went and due to work and other pressures I didn’t do as much as I would have liked on the bikes.. I managed less than 2,000 miles on the road, my worst year for a long long…..

2015 is going to be a better year..have already got stuck into the ELR rebuild and also acquired another bike to the collection a Honda CD175 for the princely sum of £500.

Might have to think about selling a bike or three to make some space.

See the rebuild pages for further details of what I get up to in 2015.

Firstly I cannot believe that its Easter already, where is 2014 going.

Spent most of the Easter break working on the ELR project. Decided on a dry build from all of the parts to see what I am missing, then it will be time for the shopping to begin :).

With a couple of spare weekends in January 2014, I managed to get some more done on the 400 Triple, S3A…. See the rebuild pages for more information…but its been fun, but very confusing at times.

So Christmas arrived along with a large contingent of family members from various parts of the UK….No better excuse to spend time in the garage :).

As I envisaged spending more time in the garage this year I spent most of Christmas laying a new floor in the garage. My god that was hard work and did nothing for my dodgy knees. But the garage is organised and the floor looks great….

So it’s another Bank Holiday the z500 is complete apart from the clocks the DT175 is still waiting for the engine to come back…..so what do you do… start on what I thought was the restoration of the KH400…see the restoration pages for further details

Spent a good portion of the Easter holiday in the garage stripping the forks on the z500 and getting all of the bits for the DT175 sorted…But…then I almost ran out of things  to do so I started on the BSA Tracker….not as bad as I thought….More in the restoration pages on the website.

September 2012 Update… What a few months that was!

So in the space of four months I have moved house, my eldest daughter got married, I lost my favorite Uncle Rob and have been on tour with work to New York, LA, San Francisco, South Africa, Dublin and Edinburgh!

However, the best bit is the shiny new double garage that happened to come with the house!

Still getting settled in but having the extra room is great.

Managed to get some more done on the z500 and its starting to come together.

May 2012 Update…Added another project to the collection.

So they say the first part of any recovery is admitting that you have a problem!

A GPZ900r A1, good runner all the bits, needs some tlc and a paint, should be a good as new..So how about that new house with the double garage then :).

March 2012 Update…Added another project to the collection.

Got a Yamaha DT175 with a spare 125 engine. Purchased on eBay for the princely sum of £321 and collected from Swadlincote!

Now the quandary is what order to do them in!